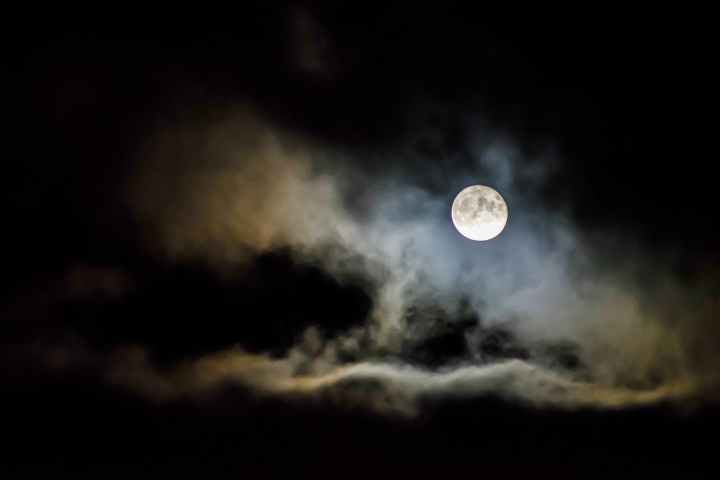 The evening sun is running behind time. In reality, I’m just excited for the night’s festivities. It’s my first Hollows Eve and apparently the day decided to stretch long. Here, we can’t celebrate the thirty-first until we reach adulthood. It’s strange compared to the worldwide standard, but it’s well worth the wait. Or so I’ve been told. Luckily for me, I turned eight-teen a few nights ago and I didn’t have to wait to get a taste of this exciting day.

Children are chattering in the streets and I’m rearing to join them. I’ve been planning the details of the event since last year and still haven’t settled on what to wear, much less what I will do. My parents engrained the rules set forth into my skull. “Avoid the candy, avoid the screams, avoid the crowds. It’s for our safety”. They are a bit paranoid if you ask me. We all know the risks, but nothing will stand in my way of partaking in the thrilling rituals of the Holiday.

The sun is teasing me. The dim light still peeking through the cracks of the closed shutters. I hurried to my wardrobe to expose my garments. I need to choose the right costume. Do I dress like a witch? Perhaps I could borrow Mother’s broom. I touch the black lace lining the hem of the dress hanging in the armoire. The corset is rumored to contain actual bones as the boning, the dress dating back to the 1800’s. Perhaps I shall be a pirate! Father would be amused. It was the first costume he wore after all. It’s been passed down to him from an old friend he says. He likes to tell tales about Black Beard, as if it were He who gave the clothing to Father. The costume is pretty heavy, with all the layers and the embalmed parrot. The hat alone weighs a ton. I could go the route of “pretty princess”. It’s generic enough to not stand out in the crowd. Approachable, unassuming, perfect for the occasion.

Footsteps pound the floorboards, stopping just outside of my door. My heart is beginning to drum against my chest. The brass knob rattles and the loud creaking of the door sounds. It slowly opens and just as soon as it’s wide enough for a person to step through, the door thrusts against the wall, rattling the whole room. Outside of the door is pitch black. Dense.

Mother steps through the threshold. She is wearing her witch costume from the Victorian era. I’m glad I opted out of wearing mine.

“Could you go for something less, well, aggressive? I mean, my goodness, that gown has enough crystals to wake the dead. Surely you have something better in your wardrobe.”

I look down at my gown. I suppose it is a bit gaudy. So much for being unassuming, though approachable still fits the description. At least others will want to know where I’ve acquired such a spectacle.

“I thought I would be perfect for my first Hollows Eve. You really don’t like it?” I ask.

“If you want to enjoy the night, that just won’t do. Oh, I am rather excited for you. This will be the night that you will never forget. Each year the excitement of the occasion will remain, however the memories will collide into a large tale after a while. Your first Hollows Eve, however, it will etch itself into your mind forever and no other day shall top it.” Mother explained.

“You can’t mean that, Dear,” Father spoke, making his appearance known as he stands in the doorway. He is dressed as a chimney sweep with soot randomly placed over his face.

“Our wedding day was magical, as was your birth Chrysanthemum.” Mother began. “But neither one of you will ever trump my first Hollows Eve.”

Mother glides across the room to stand at Father’s side. They give each other a smirk. As she leans in for a kiss from her beloved, he dodges her advance, stretching his arms towards me.

“My dearest Chrysanthemum, you look radiant. The most beautiful young woman in the room.”

“Seeing that I’m no longer young, I’ll ignore your insult and assume the position as the most beautiful woman,” Mother said, turning her nose up at us.

“You are the most beautiful woman in the world, Mother.”

“Flattery will get you nowhere.”

“Believe her, darling. I know I have after the centuries I’ve spent with her.” Father clears his throat before speaking again after Mother scuffed. “Did I say centuries? I meant decades.” He gave me a wink, rejoining his wife near the door.

“Well there is no more time for you to change, so I guess we will have to make the best of your costume. We shall go to the Light District. There will be less people there.”

I hadn’t realized the sun made its inevitable departure until now. Excitement is bubbling in the pit of my stomach. My skin itching in anticipation. We make our way to the car and pull out of the driveway. The windows are tinted with the deepest tint available, including the windshield. It never seems to bother Father to drive with the low visibility, even while the moon was hidden and only the stars dimly illuminated the sky. It takes approximately fifty minutes to reach the Light district. It is an ironic name for the place, considering it is the most violent location in the city. It makes the perfect place to spend the spooky Holiday. My mouth is salivating at the thought.

“Now, shall we go over the ground rules?”

“No, Mother. I have them memorized.”

She glares at me and I sigh deep into the seat in opposition. The tone of her stare let me know she will not cave before I rattle off the rules. I eventually recite them.

“Only speak when spoken to. Never scare or chase unless provoked. Screaming is dangerous. Stay away from crowds and candy. Satisfied?”

“I do believe you are missing one.” Mother said, scolding me.

“I felt it went without saying but if I must. Stay away from children for they attract attention.”

“May we go now, Lady Margret?”

The three of us exit the car. Father parked in a spot I can only assume they frequented each year. The gravel road stopped deep enough into the wooded area to be hidden. Not to mention the dead-end sign that they removed before driving past it and replaced upon us walking out of the area. Laughter and screaming from children echo in the distance. We walk alongside one another, down an empty alley. One can light was placed on the back of each building, leaving many dark patches along the walk. Two people round the corner at the end of the long alley, making their way toward us. Inside I begin freaking out. This was my first encounter with others on this day. What was going to happen? Mother and Father slowly step back into the shadows between the buildings, where the lights can’t reach. I follow suit. As the two people draw nearer, it becomes apparent that they are a couple. They are flirting with one another and exchanging kisses. It’s a little uncomfortable watching, considering I’m standing between my parents.

Father grabs my hand. I look up at him and he gives me a nod. I step out from the buildings and walk towards the couple. The two are entangled in affection. I clear my throat.

“Oh my fucking goodness you scared me!” The girl says as she holds her hand to her heart.

“What are you doing back here by yourself. It’s dangerous out here. You can be killed.” The man said, shouting at me.

“Stop yelling at her Trevor. By the way, your dress is stunning. It looks expensive. He might be right, the people around here would kill to have that dress. They could sell it for hundreds I’m sure.”

I continued to stand without saying a word. I’m waiting for the right moment.

“Hello, we’re talking to you! Come on Melissa, she’s creeping me out.”

They resume walking, passing me on either side. I pull out my blade, hidden in my dress and stab the guy in the back. Before the girl can properly react, I pull the blade out by kicking him down while keeping a firm grip on the steel and slash her throat. The man reached for my dress. Pleading with me to stop. I plunge the blade into his neck, finishing the deed.

Emerging from the darkness, Mother and Father applaud me.

“You were a bit sloppy, I told you, you have to aim for the vital organs.”

“Leave her be, Margret. Darling, let this be a lesson to you. Until you get your fangs, you mustn’t wear anything that blood will stain.”

My eyes fall to my gown. Across my breast are the splatters from the girl and the bottom right is drenched from the pool forming beneath the man.

“Now drink up, they spoil faster when they are scared before dying, though the taste is delectable.”