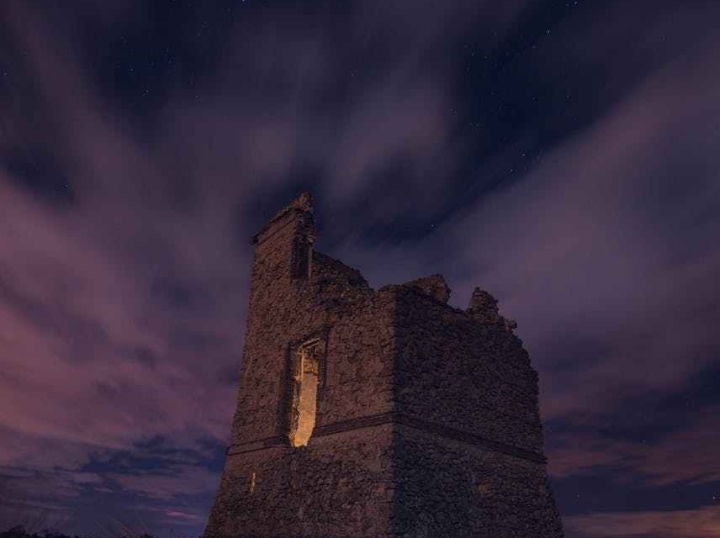 The Rise of the Empire

No one knows which came first, Humans or Vampires. In the early days, they both existed with no rule or regulation. Humans unable to escape their immortal enemies. They spent their days divided into politics, unable to devise course of action to preserve their existence. Kings, Counts, Lords combating one another as sole ruler rather than protecting the people from the certain death looming over them at the sun’s departure.

At dusk, chattering from the ravenous night stalkers echo in the distance. Families and foes hidden the best they could in caverns, murky waters, graves. Anywhere that wasn’t open or visible. Vampires soon took to the sky lusting in appetite. Hypersensitive to sounds and the scent of fresh blood. Swooping down to take their prey. Vampires could live days on one human. Depending on the size, a week. Yet they feast out of boredom and kill for the thrill of the hunt. Chasing the humans, sometimes throughout the night. Vanishing behind trees, allowing the prey to run away a short distance before reappearing before them. Fear seemed to be just as enthralling as the warm blood trickling down their throats.

Divided across the mountains and seas. The tales exchanged a similar in sorts, until one man stood to the masses and proclaimed a solution. Count Merlin of Gileria prosed to build a fortress protected by light. Fire used as weapon and protection. He and his family were discovered the deterrent by sheer coincidence. They were taking rest and the Countess requested for the Count the build a fire for food that would last them through the night. Merlin attempted to fight her on the matter as he assumed it would result in the Night Stalkers embarking on their shelter. Alas the Countess’ request was honored. Merlin hurried to complete the task before nightfall. Unfortunately for them, they lost track of time. Though it resulted in the discovery that saved their lives. They were too far from the river to put out the fire and their eldest made the mistake of putting dry brush on the fire in attempts to smother it, causing the flames to grow. The family huddled together, fearing for their end only it never came. Four vampires attempted to close in on them, but they were kept at bay by the large fire illuminating the game. Quickly, the territory of Gileria began building a structure in a large clearing. Working by day, camped around large fires at night. Eventually a large wall of stone and mortar surrounded the village they created. At dusk, they lit torches around the wall and throughout the village, protecting them. They worked together solving the problems presented by natures elements and became the core of their species existence.

Before long, they traveled to territories near a far, offering their aid in exchange of ascendancy. Those who wouldn’t accept such demands either died off slowly or fought the Gilerian armies. Count Merlin reigned over all mortals within a decade’s time.

Meanwhile, the vampires began to starve as Merlin conquered the lands. Unable to fight against the fire that the humans wielded. Many were slain from the deadly light as burning arrows pelted them from the skies. The fragile creatures who refused the aid of Count Merlin were dwindling down in numbers, causing famine amongst the immortals. Creative killings and deception became the new tactics to sustain living. Luring out the humans by hiding their wings and calling out for help. Imitating the cries of babies and damsels in distress. The intelligence of the guards was inferior to livestock. Thus, they were treated as such. Used as watch force guarding from vamps. Sacrificial lambs if caught. The cries of terror would alert the others to hurry beneath the flames placed outside of the towering walls. At first, the vampires would stretch their wings in the span of ten feet creating a gust of wind to put out the fires. It would also thrust their victims into the stone wall, rendering them unconscious, providing a quiet feast for the predators. The humans—over time—discovered a proper shield for their only source of safety, resulting in the vampires finding another food source. They turned to draining the blood of actual livestock. The taste didn’t carry the sweetness that human blood did. Thin yet gritty. The blood subduing their hunger for hours instead of days.

Eventually the vamps began hunting the scarce number of stragglers outside of the Rule. Gruesome battles with one another to the death just for the delectable meal. At the two upper peaks of the winged vampires were three-inch-long sharp talons filled with venom. A slow and excruciating death to man if entered into the blood stream. The effect on likens, other vampires, was a slow seer to their exoskeleton. Annoying at best unless used in excess in the course of battle. Deep lacerations and dismemberment were common after the fight, though it didn’t mean much considering the opponent would usually be dead. One would assume that the lifeless bodies would be left for the morning sun, though there is an underlying respect owed to each of the likens. Instead they are given a proper burial in the underground tombs. The resting place of all of the nocturnal creatures while the sun is high. On occasion, if given the rare chance to live after the fight, the victor would enslave their opponent. It was considered a cowardly act to submit to another, though the ones who succumbed believed it to be better than death.

Lestat, a cunning and powerful vampire saw value in enslaving the other likens. Though young, he was able to acquire a couple hundred underlings as he liked to call them. Not only did he have the largest army of vamps, he also used them to wipe out tens of thousands of their kind. He was a greedy bastard who wanted to feast at will. The fewer vamps to fight against for food the better. He acquired his own territories. Once that only he and his underlings could use as hunting grounds. Ahead of Count Merlin’s armies. Picking off the lands the conqueror had yet to reach, though Merlin was closing in on Lestat’s feasting grounds. Afraid to starve, Lestat gorged himself on the humans leaving what blood he couldn’t finish for those under his rule. The bodies weren’t treated with the same care of their kind. Corpses lain in the baking sun, slowly decaying.

In a matter of days, the last four human territories outside of Gileria were wiped from existence. Count Merlin and his small scouting army happened upon the first of the Lestat’s destruction five suns later. The smog of death heeded their arrival. The men grew ill to the scent. Heaving the dried meat recently consumed onto the ground, along with other stomach contents. The Count assessed the devastation left behind by the night stalkers and seeing the affects it had on his men. Moments after their arrival shouting ensued. The corpses were attacking the men who traveled by foot. Merlin and the others on horses charged to their aid. Slashing at the undead with the swords drawn for the sheath hoisted to their hips. No one noticed the other corpses scattered throughout the small piece of land had also risen to feed on the living. Merlin was forced to abandon his men and ordered the others on horseback to do the same, fleeing to safety.

The undead with a new divinity to consume human flesh, followed the Count and his men to the nearest village.

With most of the remaining humans barricaded beyond the walls of Merlin’s rule, Lestat could no longer fuel his hunger. He refused to feast upon the revolting four legged beasts, thus he would need to tip the scales of predator and prey. Lestat ordered his men to challenge the light of a nearby village without knowledge of his accidental creations. It was the same village Count Merlin was forced to take residence. The young vampire watched from the trees the hoard of corpses clawing at the walls of the fortress. Some had arrows sticking out of them, one burning undoubtedly from a flaming arrow. There was no telling how long they had been out there, though Lestat quickly realized the light from the fire posed no immediate threat to them. The question that remained was what threat they would be to a vampire. He commanded a few of his underlings to head to the edge of the forest before the village as he and others observe from afar. The three underlings complied.

Three things were realized that evening. The decaying corpses will attack vampires but require large numbers to kill one. The undead also has no interest in the vampires once they are dead. The existence of the human and vampire species won’t survive without the other.

Thanks for reading. It was a long narrative, but makes for a great start from the series of short vampire stories. If you enjoyed, please like, comment and subscribe via email near the top of this page if you don’t have an account!

Check out the other stories if you haven’t already!