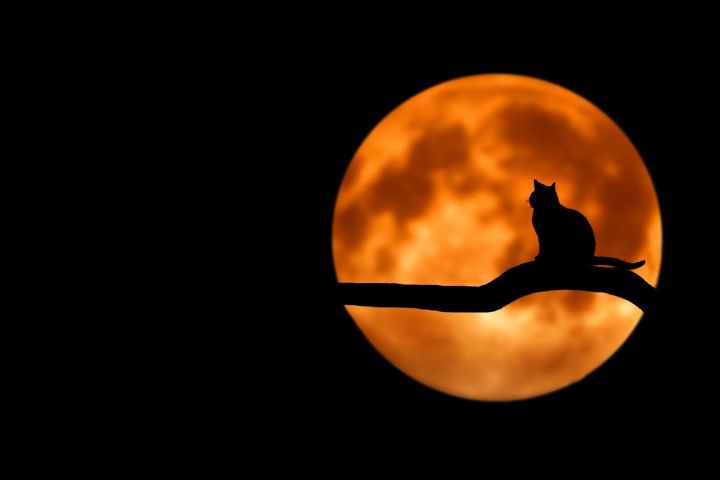 Anger swelled within me. How could such a fragile, pathetic human enter my fortress under the pretenses of attempting to kill me. There she was, forced by a hand to the back of her neck to kneel before me. Victor held her arms, stretched wide by the talons of his wings. If she wanted to die, she could have just asked. That was to be her fate at this point anyway. Her head was lowered, avoiding eye contact with me. Those who dared put themselves in this position normally tremble with fear. She, however, wasn’t radiating a morsel of fear. The question was, why? Victors talons pierced her wrists. The poison causing her blood to run thick as it oozed from the abrasions. How curious that she didn’t weep in agony. The poison ought to be searing her insides. Dare I say, I was rather impressed.

“What business do you have here? Before you answer, I will have you know that I already know what your intentions were.” I commanded the truth from her lips.

“Then why ask? I have already failed.”

“In that case, I shall say nothing,” she retorted.

By the nod of my head, Victors grip on her neck tightened. The sweet sound of her gasping for air couldn’t be heard. She wasn’t trying to fight her impending death. I’d never seen such a will to die. I was aiding her in her suicide. Her veins grew in size and the color began to flee from her skin. I surprised not only myself but Victor as well when I waved my hand for him to release her. She fell to the ground, gasping and choking on air.

“My Lord, you cannot allow this detestable human to live. Her actions are to be—”

“To be what? You dare challenge me Victor?”

“Then put your fangs away and leave us at once.”

Victor was my second. He was dutiful and respected his position. My debt to his father for sacrificing his life for mine was transferred to him, thus he held the second highest position in the district. I did suspect that he wanted to overthrow me for a short while, though he proved himself to be true countless times over the century. With a bow and hesitation, he obeyed my order.

The girl remained still, paralyzed by the poison of Victors talons. The clicking of my heels reverberated throughout the vast and somewhat empty room. I stood just before her face and her gaze was fixated on the buckle of my shoe. I kneeled to look her in the eye, wondering if I could see life within them. I sighed. I exposed my fangs and sunk them into my wrist. My blood, black, dripped onto the floor.

“I could reserve your life a little longer. A cup of my blood would heal you from the venom. A sip renders you unparalyzed. A drop slows the process. I’d be willing to give you the drop or perhaps a sip, but it will take some convincing me. I want you to beg. Beg me to allow you to cling onto your life.”

I expected for the fear of death to fill the room. It did no such thing. Why was this girl so determined to die? Was her intention of entering my home even to murder me?

“You are quite peculiar. I’ll say, I’m intrigued by you.”

I moved my arm over her face, allowing my blood to drip on her. It slid across her cheek and into her mouth. Within seconds her once bulging eyes began to flutter. Repulsed by the tase of my blood, she heaved.

I stood, satisfied that she will live just a little longer. I had questions that I wanted answered before she would meet her demise. I tore a small section of her shirt, using it to wipe the excess of blood from myself. My wound already healed.

“Good, I’m glad to know you can in fact speak. I may have granted you more time but I’m no fool. You’ve attempted to kill me once already. Do you really think I would allow you a second chance? I gave you just enough of my blood to move ever so slightly. You will still die, don’t you worry. Now, tell me, why do you desire to die anyway?”

“Why does that concern you?”

“I’m just curious. You see, I feel that you had every intention to kill me, yet you also didn’t plan you leave here alive. Am I correct?”

“My life is not a spectacle for your sick entertainment.” She huffed.

“You also don’t appear to fear nor desire me. Most of you pathetic human grovel at the sight of me for one of two reasons. To take pity on your life or to take you into my bed. Every now and then I come across one of you who are unique in your plea or request. You are the first suicide mission.”

“On the contrary. I am the sacrificial lamb. Your humble servants deemed me to be the one you feast on upon the weeks end.”

I turned to face the girl. I now understood why she had no fear. She knew her fate long before she planned to kill me. Despite that, she had come closest to beheading me. Perhaps she comes from a family of warriors. No, they no longer do that in this century. Interesting.

“Then you know that the blood of one human can feed my entire coven. The longer we preserve your body that is. You’ve sped up that process by forcing our hand. Victors poison actually can’t be removed from your blood stream.”

“A repulsive Vamp and a liar. Can’t say I’m surprised.”

“You say that you aren’t a spectacle and yet here you are entertaining me.”

To turn a human would be punishable by the council. It was forbidden centuries ago during the rise of the Imperial Resnik Coven. They determined that we aid the humans in life and protect them from the Impure, the rotting corpses with no restrain in feeding. That was when the barriers were placed around the remaining cities, in attempt to keep them out. In exchange for our protection, the humans agreed to sacrifice their own to sustain our hunger. To be honest, I’ve been rather bored with warding off their predators.

The decision of mine was determined by fate. I had no real choice in the matter, I’d like to think. I was to take a Lady soon and none of my kind had suit my fancy. Fate bequeathed her to me. If nothing else, she will bring excitement to my life. Be that the ramifications of my actions or her fiery resolve. She wasn’t bad looking I suppose, though the rags she wore left me guessing. I kneeled by her side once more. My fangs pierced my flesh and the black blood dripped from me once more.

“Drink.” I commanded her.

She clenched her teeth and pressed her lips together, giving them a thin appearance.

“Are you that determined to die? It’s a foolish decision if you ask me.” I returned to my feet.

“Why are you trying to save my life? The first chance I get I will kill you and set fire to the city. We all shall perish.” She confessed.

“Which is it? Do you want to die a martyr to your fury, or do you want to live? I am willing to bestow upon you, eternal life. Life that will grant you the ability to feast upon those who decided your fate. A place by my side. I’m quite charming when given a chance. You are not as desirable, yet there is something I like about you. Perhaps it’s your wide hips.

“If that is meant to be a compliment, your charm is worthless.”

“It certainly isn’t your face. Vile things keep escaping it. Do you fancy your tongue? I could remove it.”

“Funny, I assumed that was what you’ve found so entertaining.”

I couldn’t help but laugh. She was right after all. I lifted her stiff body. Turning her over onto her back, I slowly moved her head around to face the ceiling. Had I moved it too quickly, her neck would have snapped. The poison would soon kill her, thus I needed to douse her with as much of my blood as possible. The far wall was made of mirror. I balled my fist, shattering it into pieces. I took a large shard and dug it into my arm. Reaching her side in haste, I allowed the blood to drain into her mouth. Watching as she regained movement in her body. In blood thirst, she latched herself onto my arm. The process in turning a human into a vampire was a bit delicate. Too much of our blood could result in them becoming an Impure, hence the banning of the practice.

“Lord Dracula, what are you doing?” Victor exclaimed as it burst through the doors. The smell of her blood must have penetrated his senses. When humans feast on our blood, theirs give off a putrid scent.

“Hurry and knock her out!” I commanded. I was now toeing the line of disaster.

With agility and speed, Victors fist crossed her jaw, unhinging it from my arm. Lain in the floor, she was out cold.

“Do you know what you’ve done?” Victor questioned me.

“Once I’m no longer faint, I’ll ponder on that question.” I looked over at the unconscious girl. “And let’s hope by the time she wakes she’ll have a better attitude.”

If you enjoyed this story, be sure to check out the others linked below.